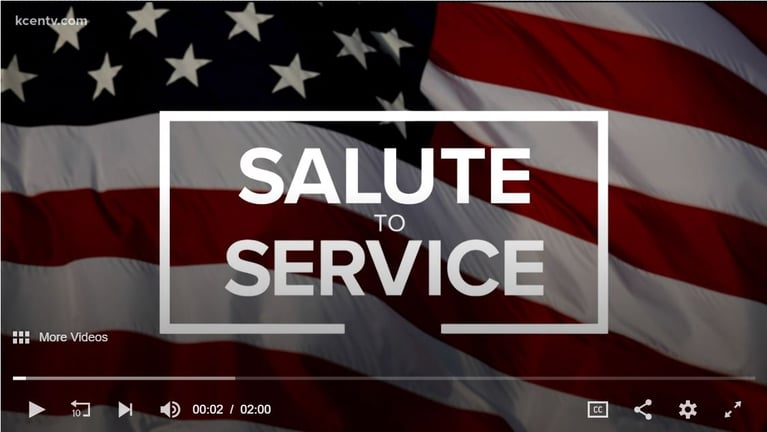 TEMPLE, Texas — In a new housing development, Valor Estates, there's a narrow road that carries a name of a local war hero who died nearly 16 years ago.

Garza said Qualls enlisted after high school and was inspired to do so after seeing the Sept. 11 attacks unfold on television.

"He was very adamant about wanting to take action and, and, and wanting to be a part of something and to do something to prevent this from every happening again," Garza said.

John Houston Homes said the developer of the land, JC Wall, was approached by veteran groups to name streets after fallen heroes, a tribute they couldn't pass up.

"It's what we do in Central Texas and we are so excited to be a part of it," said Misty Ryan with John Houston Homes.

Qualls isn't the only name you'll find on the newly built streets on East Temple. Ryan said there are four streets named, so far, for war heroes who didn't make it home.

Garza had never been to the street that bears his brother's name until Thursday, May 27, finding out about it from a post on Facebook. He said he can feel his brother with him.

"Warm, it feels warm and I know he's here with us right here, right now," he said.

Click here to find out more about the Valor Estates development.