Home Our Story BLOG: The Story Do You Believe?

Santa Claus, Old Saint Nick, Father Christmas...we all know the real reason for Christmas but do you know the real story behind the man in red? (History buffs, you're welcome...)

The real Nicholas, as he was called, was born in the 3rd century near modern day Turkey to wealthy Christian parents. At a very young age he lost his parents but had in his short life learned from them the importance of giving to others. He sold off his inheritance to give to the poor and take care of the sick. He became Bishop and later Saint Nicholas and his life became a testament to his love for God and his desire to serve others.

The stories of Nicholas stem from his desire to care for those in need, his love of children, and his generous giving. Despite what consumerism has turned the celebration of Saint Nicholas into, one need only read the accounts of this generous mans life to see the real meaning and to see why he became synonymous with Christmas.

When asked if you believe in Santa Claus, maybe you don't believe in a mythical, jolly man who comes down your chimney at night. Maybe all of our beliefs aren't the same. But perhaps you believe, as we do here at John Houston Custom Homes, in what the real Saint Nicholas embodied, that Christmas time should be a season of giving and of love. A glimpse at a depiction of Jolly Ol' Saint Nick alone will bring a smile to your face. In a season often shrouded in stress and anxiety, giving something as simple as a smile to someone can go a long way.

Here are a few smiles (and a few tears) from our annual Photos with Santa events in our Texanna Ranch and Willow Creek Crossing communities. How can you not smile at these sweet faces? And let's be honest, how awesome is our Santa!? If you missed out on our event this year don't fret! Santa will be back at a John Houston community near you next year.

In the meantime, lets all take a lesson from Saint Nicholas and let this Christmas be a time of giving of yourself and to others. Believe in the magic of Christmas because you have the power to create that in the life of someone you cross paths with. Be the joy, be the love, be the magic in someone's life this Christmas. And don't forget to smile! Merry Christmas from our John Houston family to yours. 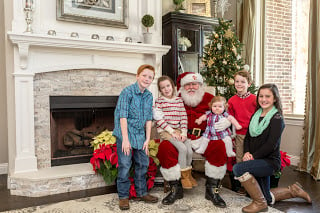 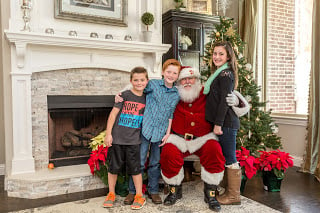 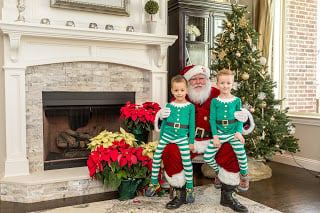 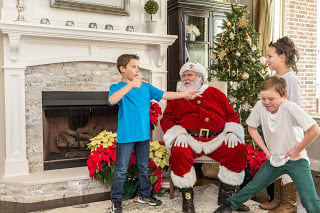 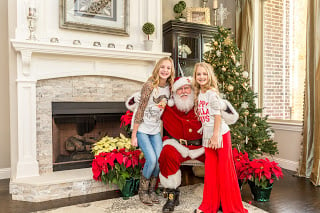 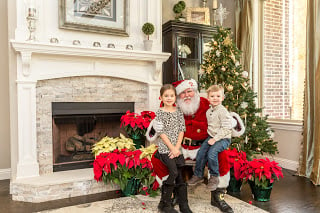 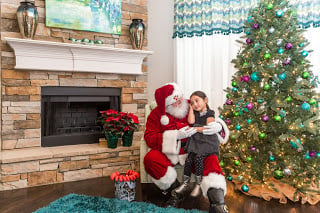 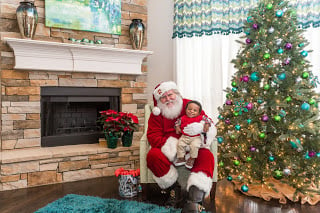 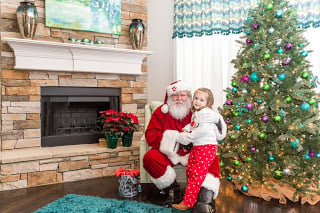 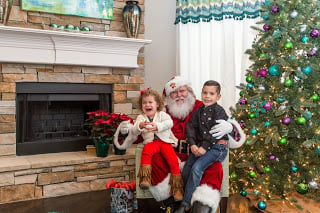